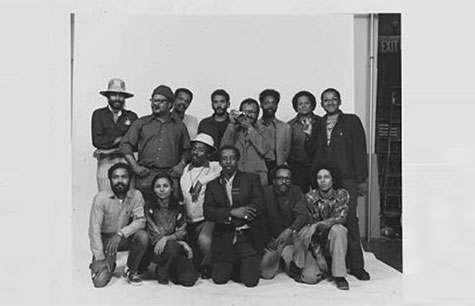 Beginning in February 2020, the Virginia Museum of Fine Arts will highlight the work of a remarkable group of African American photographers in the exhibition Working Together: Louis Draper and the Kamoinge Workshop. Inspired by the archive of Richmond native Louis Draper, VMFA has organized an unprecedented exhibition that chronicles the first twenty years of the Kamoinge Workshop, a group of African American photographers he helped to found in 1963.

On display from Feb. 1 to June 14, 2020, the exhibition features nearly 180 photographs by fifteen of the early members of the Kamoinge Workshop. Working Together tells the story of the first two decades of this collective of artists, who expanded the boundaries of photography as an art form during a critical era of Black self-determination in the 1960s and 1970s.

The word Kamoinge means “a group of people acting and working together” in Gikuyu, the language of the Kikuyu people of Kenya. The collective met weekly to look at each other’s work, support one another, and organize their own exhibitions. They were also the driving force behind the Black Photographers Annual, a publication that featured the work of black photographers at a time when mainstream publications offered few opportunities for African Americans.

This free exhibition is curated by Dr. Sarah Eckhardt, VMFA’s Associate Curator of Modern and Contemporary Art. The exhibition is accompanied by a 304-page illustrated catalogue by Eckhardt, which includes a preface by Deborah Willis and additional essays by Erina Duganne, Romi Crawford, John Edwin Mason and Bill Gaskins. After the exhibition closes at VMFA it will travel to the Whitney Museum of American Art in New York and two additional museum venues in the United States.

Dismantling Racism and Discrimination in the Architecture Profession: A Framework for Action