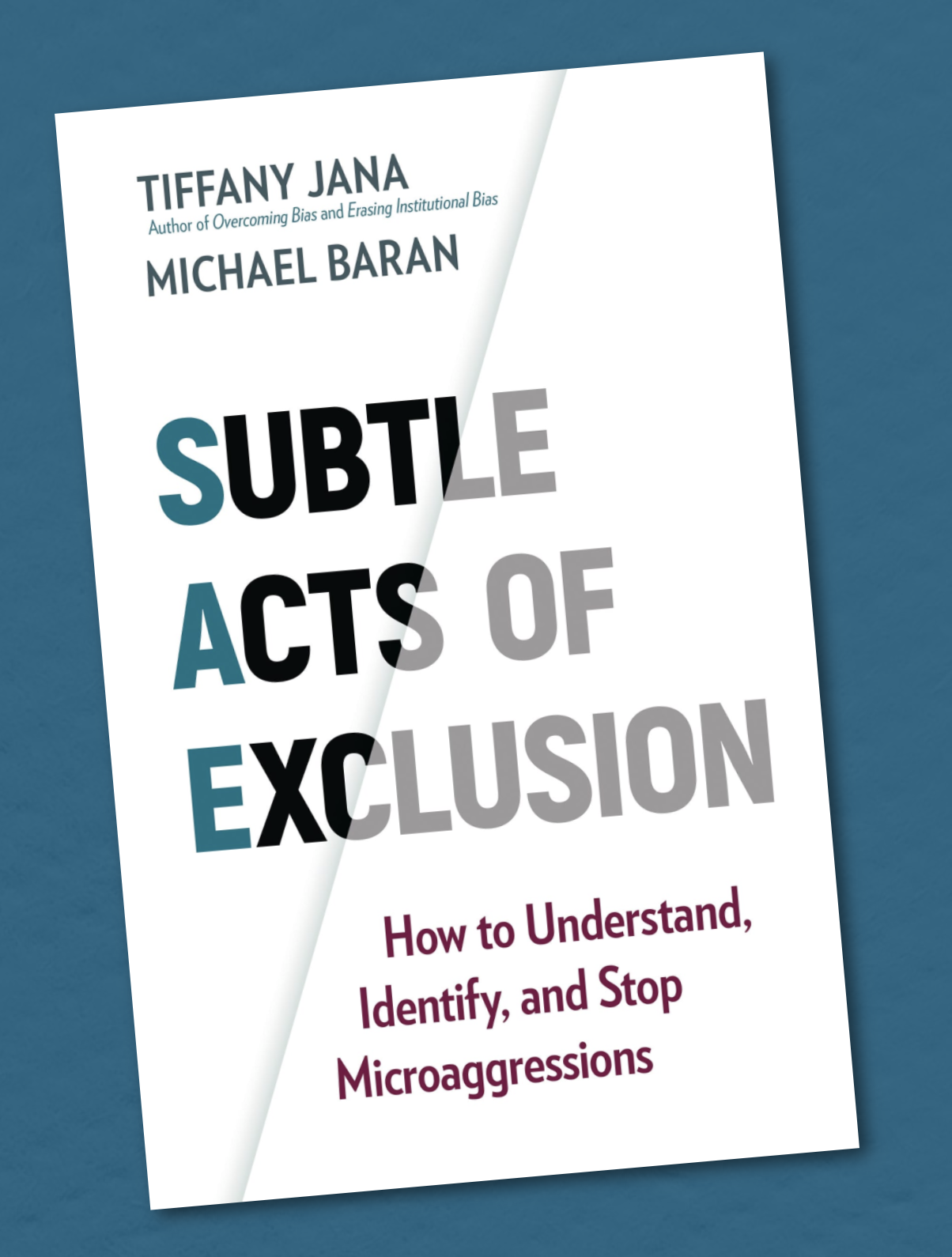 While overt racism, sexism, ableism, and other forms of discrimination are fairly easy to spot, you shouldn’t overlook the subtler, everyday actions that normalize exclusion at work.

We often hear the term microaggression, but not everyone understands what they are, how to recognize them, or — more importantly — how to stop them from happening. In their book Subtle Acts of Exclusion: How to Understand, Identify, and Stop Microaggressions (March 10, 2020, Berrett-Koehler), Drs. Tiffany Jana and Michael Baran propose a clearer, more accessible term: subtle acts of exclusion (SAE). SAE, whether in the form of exaggerated stereotypes, backhanded compliments, unfounded assumptions, or objectification, are insidious and damaging to coworkers and colleagues.

The book offers practical, accessible, and non-judgmental guidance for preventing microaggressions at work. Jana and Baran give simple and clear tools to identify and address SAE — even offering scripts for approaching difficult, uncomfortable, and deeply personal discussions in a professional setting.

Tiffany Jana is the founder and CEO of TMI Portfolio, a collection of socially responsible and interconnected companies working to advance more culturally inclusive and equitable workforces. Jana is an international public speaker, and has appeared on stages in the United States, Spain, Germany and Hong Kong. They won the 2017 Enterprising Women of the Year from Enterprising Women Magazine, Diversity Journal’s Women Worth Watching Award, and was recently named one of the Top 100 Leadership Speakers for 2018 on Inc.com. Jana has been featured in featured in Forbes, Psychology Today, Huffington Post, MarketWatch and Fast Company. In addition to three books on bias, Dr. Jana co-authored the 2nd Edition of the B Corp Handbook.

Michael Baran holds a Ph.D. in cultural anthropology and has been researching, teaching, and practicing around issues related to diversity for more than twenty years. His digital tools have been exhibited in museums and earned awards such as Top 100 Innovations in Global Education from the Finland-based group HundrEd.

Dismantling Racism and Discrimination in the Architecture Profession: A Framework for Action