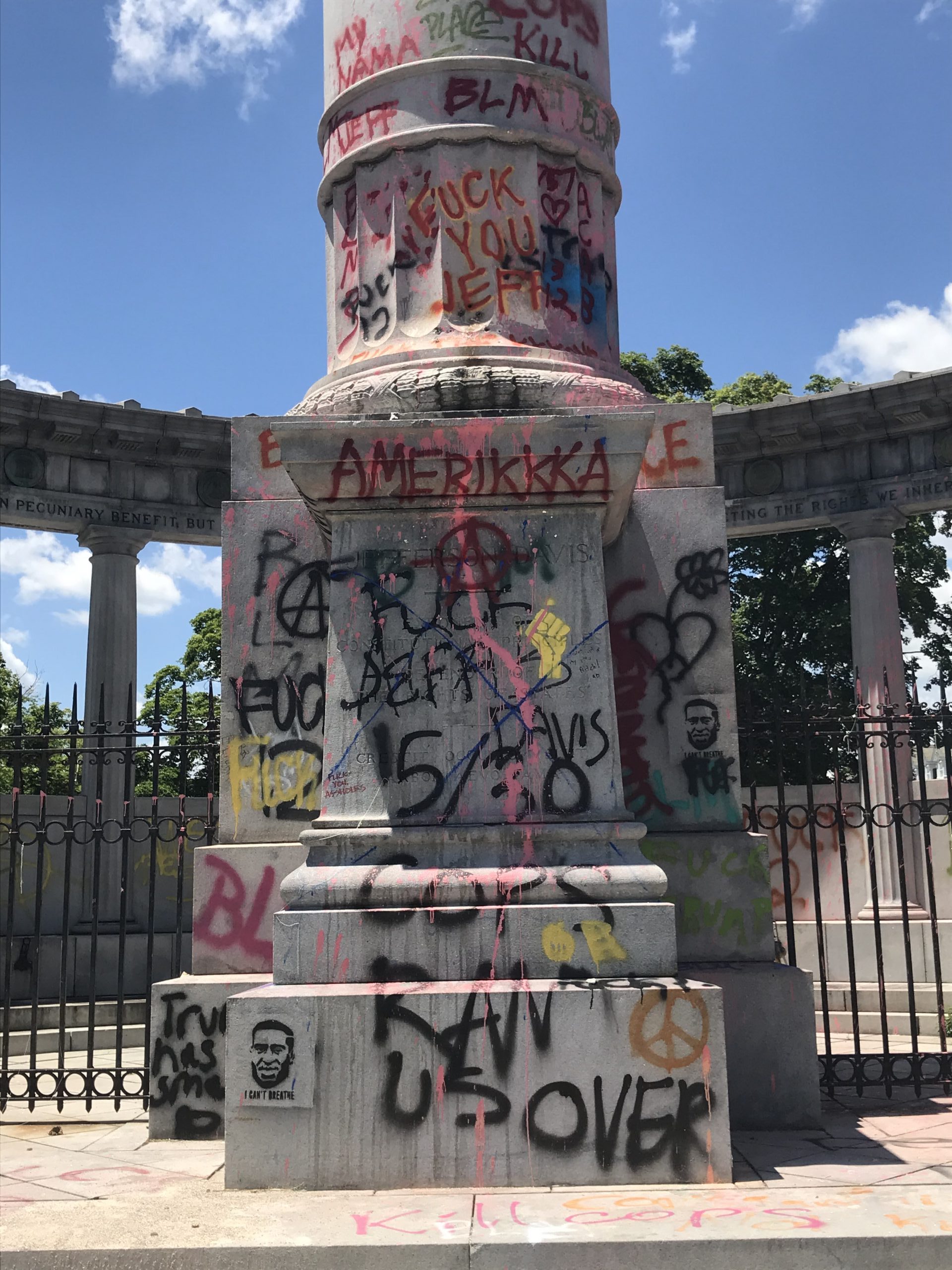 In a move some found surprising, the Society of Architectural Historians (SAH) came out in support of the removal of Confederate monuments from public spaces in a statement on June 19, 2020.

The Society of Architectural Historians (SAH) supports and encourages the removal of Confederate monuments from public spaces. In its 80-year history, SAH has never before advocated for the direct removal of any historic resource, let alone listed monuments. As architectural historians committed to preserving significant elements of the built environment and cultural landscape, we have vigorously championed the preservation of difficult aspects of our nation’s history such as Wounded Knee, Manzanar, and the Stonewall Inn. From those painful examples, we can gain perspectives about ourselves as Americans, and learn from our past mistakes. In contrast, Confederate monuments do not serve as catalysts for a cleansing public conversation, but rather express white supremacy and dominance, causing discomfort and distress to African-American citizens who utilize the public spaces these monuments occupy. Our inaction gives these monuments power. By leaving them in place, we allow the dead hand of the past to direct some Americans away from that which belongs to all of us. History has proven that progress is possible, but also that the persistent racial schism in our society will not be conquered without radical, sustained action. The removal of Confederate monuments is a necessary and important step in this process, and one that cannot wait any longer.

We believe that these monuments to the Confederacy should be removed from public places. At least for the present, and to the extent feasible, they should be stored in secure locations. The stone bases may be retained in place and used as foundations for a new generation of monuments. The graffiti that now encrusts many of the stone bases might be retained as a comment on the end of that monument’s first life, before it is repurposed as the basis for art that speaks to today. As to the sculptures themselves, it should be up to each municipality to decide their fate, though in no case should they become gifts to those who wish to reinstall them in such a manner as to reinvigorate the racist position of their original settings. We recognize that there are costs associated with moving, ongoing care, and conservation. We further recognize that, because of the divisive nature of these monuments, many museums may be reluctant to accept them or the literal and figurative costs associated with them.

Racism and brutality against people of color have ignited passions worldwide, resulting in protest against injustice and calls for the removal of its symbols from what architectural historians sometimes call “the built environment.” Protests outside the U.S. have targeted statues of slave dealers, imperialists, Nazi sympathizers and others. Within the U.S., symbols of colonialism and the Confederacy have been the focus of public rage. As our nation wrestles with the question of equality, we have seen unprecedented public acceptance that long-overdue change may finally be achieved.

We have seen this in calls to retitle public and university buildings named for individuals with racist histories, and military bases bearing the names of Confederate officers. The call for removal of Confederate monuments from public spaces is a necessary act in this long struggle over our symbols and our public spaces, and we recognize that this is just one of many steps essential to ensure that these spaces are equally open and welcoming to all Americans. While there is an urgency to this, the protesters are out in front of the public discourse; over the last few days, while this was being written, protesters toppled statues on Confederate monuments in Portsmouth and Richmond, Virginia, in Nashville, Tennessee, in Montgomery, Alabama, and in other places. The murder of George Floyd set into motion the current protests, but the debate itself extends beyond that unjust act, and requires conversations about structural racism, white supremacy, and the ways in which they were (and are) reinforced in American public spaces.

Because scholarly consensus indicates that the original intent of monuments to the Confederacy was to reinforce racist ideals, a concept that should be abhorrent to all Americans, SAH supports and encourages the removal of Confederate monuments from public spaces. Their existence can no longer be justified based on aesthetics, as works of art or public sculpture. These monuments, especially the ones erected between the 1890s and the 1920s, are not so much objects of public art as proclamations of white supremacy rendered in granite and bronze. Their meaning was clearly understood both by those who erected them and by the Black community. The Thomas Jonathan [Stonewall] Jackson statue in Courthouse Square, Charlottesville, Virginia (erected 1919-24); the John C. Calhoun statue in Marion Square, Charleston, South Carolina (1894-96), and the Robert E. Lee statue, on Monument Avenue, Richmond, Virginia (1890), are but a few of the best-known Confederate monuments of this period, but hundreds more reinforce this message of bigotry and inequality in public squares and parks all across the South. Their presence is a reminder of a racist societal structure that led to a nation divided against itself, followed by an era of Reconstruction that began with the promise of equality but soon retreated to race-based social and economic disparity. Nearly sixty years after the passage of the Civil Rights Act — and 155 years after the end of the Civil War — we are still wrestling with these issues, and are left questioning why a nation founded on the principle of equality continues to fall so far short of that noble and essential ideal.

These monuments make their message clear by dominating the urban realms in which they exist. More clearly than any physical barrier ever devised, they declare and demarcate “White” spaces. In the wake of the murder of George Floyd, demonstrations have erupted across the United States in which Americans of all creeds and colors ask for long-overdue, systemic societal change. At many of these demonstrations, citizens have voiced the need to overcome the resistance that enables many of these unjust societal structures and practices, countering the dull murmur of social inertia with calls of not just “why not?” but “why not now?” Equality remains unfinished business in America.

As students of architectural history, we have been taught to look as objectively as possible at historic events, and to place them in context. When contextualized properly, symbols of oppression and societal evil can be understood in terms of what these objects meant to their creators as separate from what they might mean to us. Removing monuments that have stood for decades is decried by some as “erasing history,” but we cannot change the events of the past. What changes is our understanding and our interpretation of these past events. People made choices to erect these monuments in public spaces, and people can decide to take them down.

How and why these choices were and are made is also part of history. In the U.S. and around the world many objects of a painful past, artistic or otherwise, have been removed from their original settings.

These Confederate monuments are potent political symbols that cannot be viewed as neutral works of art. The blunt political message of these monuments cannot by mitigated by contextualizing them with an explanation of the social standards of the era in which they were installed. The monuments were wrong then, and they are wrong now. It is long past time for a public recognition of this fact. SAH supports and encourages the removal of Confederate monuments from public spaces.

About Society of Architectural Historians

Founded in 1940, the Society of Architectural Historians is an international nonprofit membership organization that promotes the study, interpretation and conservation of architecture, design, landscapes and urbanism worldwide. SAH serves a network of local, national and international institutions and individuals who, by profession or interest, focus on the built environment and its role in shaping contemporary life. SAH promotes meaningful public engagement with the history of the built environment through advocacy efforts, print and online publications, and local, national and international programs.